2017 Realtor of the Year Named

New Jersey Realtors proudly announces Kathleen Morin, of East Brunswick, as the 2017 Realtor of the Year and Brian MacFarlane, of West Creek, as the Realtor-Associate of the Year. Each of these members have showcased outstanding commitment to the Realtor organization, professionalism in their businesses, and expertise in their industry. The award winners were selected from among the local board and association Realtors and Realtor-Associates of the Year throughout the state. 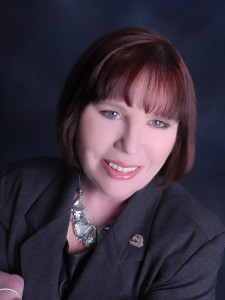 Morin, ABR, SRES, PMN, AHWD, e-Pro, RSPS, SFR,  began her real estate sales career nearly 25 years ago, first obtaining her salesperson license, and then her broker-salesperson’s license in 2005. Morin has earned numerous designations, believing in keeping her real estate knowledge sharp in order to best serve her clients, who benefit from her decades of knowledge and experience.   A charter member of the Women’s Council of Realtors Middlesex Network, she has also served many leadership positions on Women’s Council of Realtors on the local, state, and national level. She serves her on local association, the Metro Centre Association of Realtors, as a member of the Board of Directors and in many committee positions as member, co-chair, and chair. At the state level she is a trustee for the NJ Realtors Educational Foundation, as well as for the Realtors Political Action Committee, and the chair of the political affairs committee. Morin has accumulated many awards, including the New Jersey Realtors Circle of Excellence Sales Award Bronze level in 2003, 2004, 2012, 2016, and silver level in 2006. She is a six-time winner of the Five Star Agent Award, as seen in NJ Monthly Magazine, which is selected based on consumer evaluations, productions and business information.

Morin has served her local community as a Den Mother and poll worker. Her charity work includes service to Habitat for Humanity builds, Columbiettes, and raising funds for the American Cancer Society through the Women’s Council of Realtors Middlesex Bras 4 a Cause events. 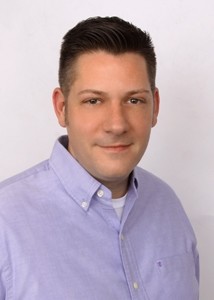 Realtor-Associate of the Year, Brian MacFarlane has been licensed since 2002 and has spent the majority of his career with Berkshire Hathaway HomeServices Zack Shore, Realtors. MacFarlane currently serves on the Ocean County Board of Realtors board of directors with a three-year term and is also a member of the RCS committee. At the local level, he has has a spot on the local verification committee for the NJ Realtors® Circle of Excellence committee for eight years and has also been a valuable member of the professional standards committee from 2010 to present. Previously, MacFarlane served on the grievance committee from 2007-2009, as well as the strategic planning committee from 2007-2010. He also attends many seminars above and beyond continuing education credits to keep at the top of the field.

On numerous occasions he has come to the aid of people who are battling cancer, whether it is to pick something up that they may need or take them for treatment. MacFarlane has also participated in the annual Women’s Council of Realtors “Bras for a Cause” fundraiser since 2012. Through the years of his participation, he has raised thousands of dollars for the American Cancer Society.