2016 Realtor and Realtor-Associate of the Year Named

New Jersey Realtors is proud to announce Ilene Horowitz, of RE/MAX American Dream in Denville, as the 2016 Realtor of the Year and Lorraine Spinogatti, of RE/MAX of Barnegat Bay in Manahawkin, as the 2016 Realtor-Associate of the Year. These two members were singled out for their outstanding contributions to the real estate industry, commitment to the Realtor organization, and dedicated involvement in their local communities. The award winners were selected from among the local board and association Realtors and Realtor-Associates of the Year throughout the state.

“Each year we have the honor of presenting this award to two exceptional members and this year is no different,” said 2016 NJ Realtors president Tg Glazer. “Ilene and Lorraine are unique in their dedication to the business and the industry, but also represent the caliber of professionalism that we strive for in the association. We are proud to call them members.”

Horowitz, a Realtor for 20 years, has served as a North Central Jersey Association of Realtors trustee since 2005 and was the president there from 2012-2014. On the state level, she has been a member of the board of directors for NJ Realtors since 2008 while also serving on multiple committees. Ten years of achieving the NJ Realtors Circle of Excellence award earned her the NJ Realtors Distinguished Sales Award in 2013. Nationally, Horowitz graduated the Realtors Leadership Training Academy in 2015, ahead of her stint on the member communications committee in 2014, among several other committees and advisory groups. Within RE/MAX she has earned her place in the 100% Club, Hall of Fame, and Platinum Club. She was also installed as NJ Realtors’ first vice president during the convention.

Licensed since 1990, Spinogatti went through the Graduate Realtor Institute in 1995, earned the Senior Real Estate Specialist designation in 2003 and the Short Sales and Foreclosure Resource Certification in 2008. She has served on the Ocean County Board of Realtors local verification committee for the NJ Realtors Circle of Excellence since 2011, as well as served on the grievance and professional standards committee for the board in the past few years. A founding member of the Ocean County Chapter of the Women’s Council of Realtors in 2005, Spinogatti served as local chapter president in 2009, 2013, and 2014. In 2014 and 2015, she was the chairperson for the annual Bras for a Cause Fundraiser at the local board. At RE/MAX, she was a member of the 100% Club from 2012 to 2015. Spinogatti regularly volunteers with Pattie’s Prom Project, Habitat for Humanity and the RE/MAX Barnegat Bay Children’s Miracle Network Golf Fundraiser. 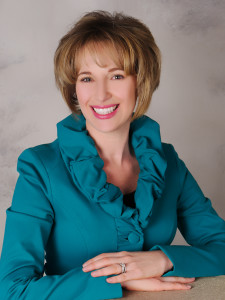 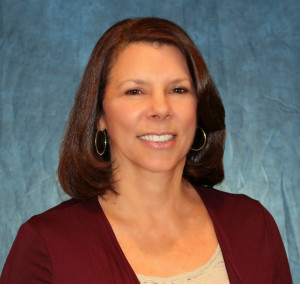