Three outstanding New Jersey Realtors received the 2016 NJ Realtors Good Neighbor Awards during a ceremony on Dec. 6 at the Triple Play Realtor Convention & Trade Expo. These awards recognize individuals who have made extraordinary commitments to community service programs throughout the state.

“Realtors consistently give back to their communities in a wealth of ways, and this year’s winners of the NJ Realtors Good Neighbor Awards are exemplary members who demonstrate that value,” said Tg Glazer, 2016 NJ Realtors president. “It was an honor to recognize them at a special ceremony in front of many of their peers during our annual convention.”

First place was awarded to Joseph Orazi, of Long and Foster Real Estate in Ocean City. In 2011 he co-founded Toast Pink, a charitable organization dedicated to assisting cancer patients and their families in the communities in which he lives and works. Since obtaining its 501(c)(3) designation in 2012, Toast Pink has raised and donated thousands of dollars to those financially and physically devastated by cancer. The funds often pay mortgages, rents, utilities, groceries, home maintenance, and other areas that fall through the cracks during this difficult time. Each year, Toast Pink holds several fundraisers, the next of which will be on March 24, 2017 at The Flanders Hotel in Ocean City. For more information or to donate to Toast Pink, go to www.toastpink.org. Toast Pink will receive $2,500 on his behalf.

Finally, third place was awarded to Andee Post of Keller Williams Valley Realty in Woodcliff Lake, for her work with the Hackensack Municipal Alliance. For the past 10 years she has served on the board of municipal alliance, running town hall meetings to help educate the community and best prepare for prevention, treatment and recovery from alcohol and drug abuse. The Hackensack Municipal Alliance will receive $1,000 on her behalf. 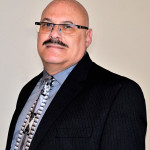 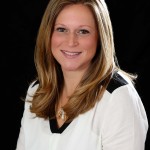 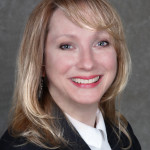