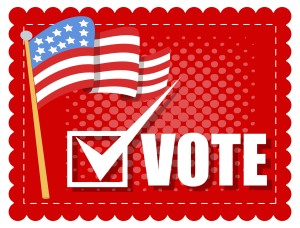 Voters in New Jersey had the chance to have their voices heard in June 7’s primary election.  Despite early reports that Secretary Hillary Clinton had enough Super Delegates to be the presumptive Presidential nominee for the Democratic Party’s, it was the votes cast in New Jersey that put her over the top in the official delegate count. Secretary Clinton defeated Senator Bernie Sanders 63.3% to 36.7%.  As expected, Donald Trump was victorious on the Republican side, winning 81% of the vote.

Around the state, all incumbent Congressmen and women retained their party’s support.  This included Realtor® Champion, Congressman Leonard Lance, who won all 6 counties in the 7th Congressional District, defeating old foe David Larsen.

Nearly 82% of Realtors are registered to vote nationwide, but we can do better.

As Realtor® association professionals, it is your role to help protect the interests of the real estate industry. By making sure you’re registered to vote on key issues and races, you in turn help to ensure that The Voice for Real Estate® is heard by legislators at the local, state, and national levels.  NJ Realtors® boasts a membership of over 45,000. Imagine the difference that could be made if every Realtor® in New Jersey voted on Election Day.

To find out how to register to vote in time for the General Election on November 8th, or to see more in depth election results click here: http://www.state.nj.us/state/elections/voting-information.html.