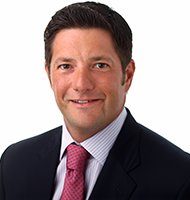 On Thursday, Jan. 21, NJ Realtors® CEO Jarrod C. Grasso was honored with the 2015 “Good Guy” award from the Women’s Political Caucus of New Jersey. This award is presented each year to a man who demonstrates leadership in advancing policies in support of women and families either in their business or in public policy.

After being introduced to the stage by Lt. Governor Kim Guadagno, Grasso spoke to the audience about some of the influential women in his own life, including his mother, who has been actively involved in local government, and his wife, a successful attorney. And while the real estate industry is proud to be a female-driven industry — and NJ Realtors® has many accomplished women serving in leadership positions — this is not the case throughout much of the country. In a heartfelt admission, Grasso talked about his own wishes for his young daughter who he hopes can one day work in an environment where there is no wage gap or prejudices against her skill level because of her gender, regardless of the profession she chooses.

In addition to the Good Guy award, a number of other prestigious accolades were handed out throughout the evening honoring like-minded individuals who use their profession and influence to help promote the successes of women.