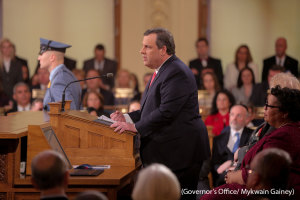 On January 12, 2016, Gov. Christie delivered his State of the State Address to a joint Session of the State Legislature. In his speech, the Governor called for an elimination of the estate tax and expressed his opposition to a constitutional amendment on mandatory pension payments, expressing that passage of such an amendment could lead to tax increases in future years.

The Governor also again reiterated previous actions taken by his administration and the State Legislature, including the 2% property tax cap. In addition to the State of the State Speech, the 217th Legislature began yesterday in Trenton with the swearing in of the Assembly members elected this past November. New Jersey Realtors® will be working with the members of the Legislature and Governor’s office on all issues affecting real estate, private property rights and homeownership over the next two years.