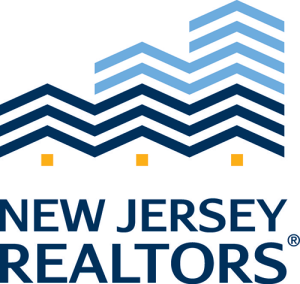 A Realtor since 2004, Glazer is currently a broker-sales associate with Coldwell Banker’s Westfield-East office. Glazer was NJ Realtors’ 2015 president-elect and 2014 first vice president, as well as the communications and public relations division officer in 2013. He has been a member of the NJ Realtors Board of Directors since 2009 and was a member of the executive committee in 2009 and 2013. He has also served on numerous state committees. In addition, Glazer has also served on committees for the National Association of Realtors and his local association. He resides in Westfield and has two sons.

Oppenheimer is the broker/owner of RE/MAX Fortune Properties in Englewood Cliffs and has been a Realtor since 1986. He was NJ Realtors’ 2015 first vice president. In 2014, he served as vice chair for the association’s risk management committee and was a member of the 2013 legislative committee. For the National Association of Realtors, he serves as the federal political coordinator for Congressman Scott Garrett and has also served on other national committees. He was president of his local board, Eastern Bergen County Board of Realtors for four years and also served on committees. In 2010, he was named EBCBOR’s Realtor of the Year and received the 2014 Distinguished Service Award for RE/MAX of New Jersey. Oppenheimer resides in Cliffside Park with his wife, Joan.

Schlueter has been licensed since 1985 and is a broker-sales associate with RE/MAX at Barnegat Bay in Toms River. He served as NJ Realtors’ 2015 professional development division officer and has also served on the board of directors, executive committee, the risk management committee, and legal affairs committee. For the National Association of Realtors, he serves as a director and on the professional standards committee and previously served on the risk management committee. Schlueter served as the 2008 president of the Ocean County Board of Realtors and has remained active in numerous committees. He was named the 2003 Realtor of the Year for both OCBR and NJ Realtors. He volunteers his time teaching Realtor safety courses locally and around the state. Schlueter regularly supports the Children’s Miracle Network and resides in Lanoka Harbor with his wife of 40 years, Sharon.

Jones, broker/owner of Amerisource Realty Network, LLC in Parsippany has been a Realtor since 1983. He was NJ Realtors’ 2015 association operations division officer and the 2014 professional conduct division officer and has served on the association’s board of directors, executive committee, and numerous committees. For the National Association of Realtors, Jones has served on the commercial committee, legislative committee, and regulatory committee. He is a member of the North Central Jersey Association of Realtors and has served on their board of directors. He was their 2015 treasurer and previously served as secretary. In addition to his association work, Jones serves as a continuing education instructor for the North Central Jersey School of Business and is a member of the New Jersey Supreme Court ethics committee. Jones resides in Parsippany.

Bonilla is currently a broker-sales associate with Berkshire Hathaway Home Services/Fox & Roach Division in Mount Laurel. At the state level, Bonilla served as the NJ Realtors® First Vice President in 2013, President-Elect in 2014, and President in 2015. She also serves as vice president on the New Jersey Real Estate Commission. The Burlington Camden County Association of Realtors® named Bonilla Realtor of the Year for 2007-2008 and 2014. She was named REALTOR® of the Year for New Jersey Realtors® in 2014. Bonilla has been a volunteer for the Burlington County for Fair Housing Panels and has served in the architectural committee for her community, Newton’s Landing. She is fluent in Spanish and English and currently resides in Delanco with her husband.