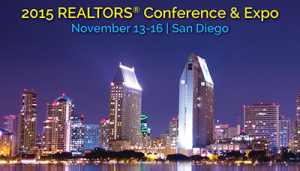 On November 16, the NAR Board of Directors met during the NAR annual conference in San Diego to discuss and approve a number of issues vital to the Realtor® community. Below are the highlights from this important meeting.

The new zipLogix® benefit means members will get free access to various forms libraries of zipForm Plus®, as well as zipTMS, the company’s transaction management system with unlimited document storage.

A new, millennial-focused campaign is currently in production. A social media campaign was kicked off at the San Diego meetings, and television spots will begin airing in February 2016.

The board heard a report from Dale Ross, CEO of REALTORS Property Resource® (RPR®), on its new partnership with UpStreamRE to create a single platform for uploading and managing listing data. The platform is under development and will undergo testing next year in selected markets.

The board heard a report that NAR has designated $2.8 million to an online public issue ad campaign to support 38 members of Congress who have supported NAR’s priorities on federal issues. Most of these members face competitive primary or general election contests in 2016.

It has been reported that the .REALTOR top-level domain is one of the ten fastest-growing TLDs in the history of the Internet. NAR will launch the .realestate TLD in 2016.

Move Inc., which operates realtor.com®, plans to put advertising support behind its new RealRatings service in the first quarter of 2016. realtor.com® traffic is at record levels and that videos with ad spokesperson and actress Elizabeth Banks, intended to generate engagement with the site, have proven very popular with viewers.

The board voted to support the development by Congress of a private market for flood insurance as an option for homeowners who lack access to affordable coverage under the National Flood Insurance Program. NAR will also support reauthorizing, building on, and improving the government-run program, not phasing out or replacing it.

The board approved a resolution in support of a federal Basic Allowance for Housing that aims to ensure that members of the military who do not live on military facilities receive a fair amount of money to cover their housing expenses. The resolution positions NAR to engage in discussions about the importance of the housing allowance system as some lawmakers consider changing the system to save money.

The board voted to require MLSs to provide non-confidential pending sale listing data in feeds for display at the discretion of MLS participants. Going forward, NAR will also authorize MLSs to sanction nonmember participants involved in an arbitration who fail to pay an award to the prevailing party or parties, or deposit a like amount with the association. This ensures consistency with similar requirements for Realtors®.