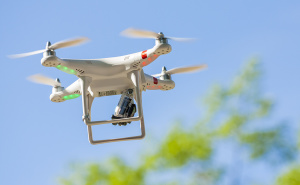 On Sunday, February 15, the Federal Aviation Administration released its long-awaited proposal for governing small commercial drones, setting a plan for remote-controlled aircraft to share the skies with passenger planes.

As USA Today reports, the FAA proposal would allow drones weighing up to 55 pounds to fly within sight of their remote pilots during daylight hours. The aircraft must stay below 500 feet in the air and fly less than 100 mph. People flying drones would need to be at least 17 years old, pass an aeronautics test, and be vetted by the Transportation Security Administration, but a certificate wouldn’t require the flight hours or medical rating of a private pilot’s license.

The FAA asked for 60 days of public comment on its proposal for commercial drones, but industry experts expect the analysis of comments could take 18 months or longer before the rules are completed.

In response to the proposal, National Association of Realtors® President Chris Polychron released a statement on Feb. 15, “The proposed rules announced today for the commercial use of unmanned aerial vehicles are good news for property owners and Realtors® who desire to embrace cutting-edge technology to enhance the process of buying and selling real estate with images gathered by unmanned aerial vehicles. Realtors® support the proposed federal regulation, which would allow for safe commercial use of UAV technology by the real estate industry for the purposes of marketing real estate.”

“NAR plans to submit comments to the agency and will continue to work with our members to educate them about the future safe, responsible, and legal uses of UAVs; however, until the final rule is published, NAR discourages Realtors® from using UAV photography or video for commercial purposes without an FAA exemption.”