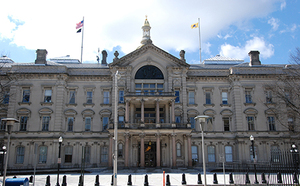 On February 24, Gov. Chris Christie presented his Fiscal Year 2016 budget proposal to a joint session of the New Jersey State Legislature. In his speech, Christie announced his proposed budget for the next fiscal year totals $33.8 billion and contains a 3.8 percent revenue increase due to an uptick in state economic activity leading to higher generation of state revenues. The Governor also indicated his budget proposal contains an additional $1.3 billion pension payment and calls for additional pension and benefit reforms.

The proposed budget contains no new proposed tax or fee increases. However, the FY 2016 proposed budget indicates that the state will take in approximately $40 million more in realty transfer fee revenues in the next fiscal year than it is anticipated to in the current FY 2015 state budget. The State Legislature will now review the Governor’s budget proposal in advance of the June 30th deadline when the FY 2016 budget must be enacted by. New Jersey REALTORS® will monitor the budget proceedings to ensure there are no adverse impacts to the real estate industry, such as a realty transfer fee increase or new taxes on real estate commissions or seasonal rental properties.