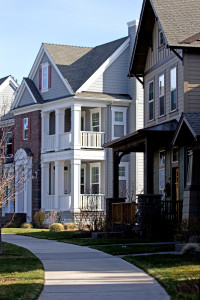 The mortgage interest deduction is a remarkably effective tool that facilitates homeownership. While only about 30 to 35 percent of all taxpayers in any given year itemize their deductions, more than 70 percent of homeowners utilize the deduction over the period they own their home. According to NAR research, eliminating the MID would cause a 12 percent decline in the value of homes across the nation. In high cost areas that impact would be greater, while in lower cost areas the effect would be more modest.

Individuals are permitted to deduct interest paid on mortgage debt of up to $1 million. The deduction is available for interest on mortgages for a principal residence and one additional residence. The $1 million limitation represents the combined allowable debt on two residences. Mortgage interest on up to $100,000 of debt on home equity loans or lines of credit also qualifies for the deduction.

Members of Congress in both Houses and both parties have talked about tax reform that would broaden the base and lower rates. Some House Republican leaders have expressed a goal of reducing the top tax rate for individuals to 25 percent on a revenue-neutral basis. This means that to “pay for” the lower rates, Congress would need to limit or repeal widely utilized deductions, which could include the mortgage interest deduction. So far there has been no bipartisan legislation introduced that would reduce or eliminate the MID.

Realtors® can expect the MID to be under continuing scrutiny and the subject of proposed changes. Click here to read more.